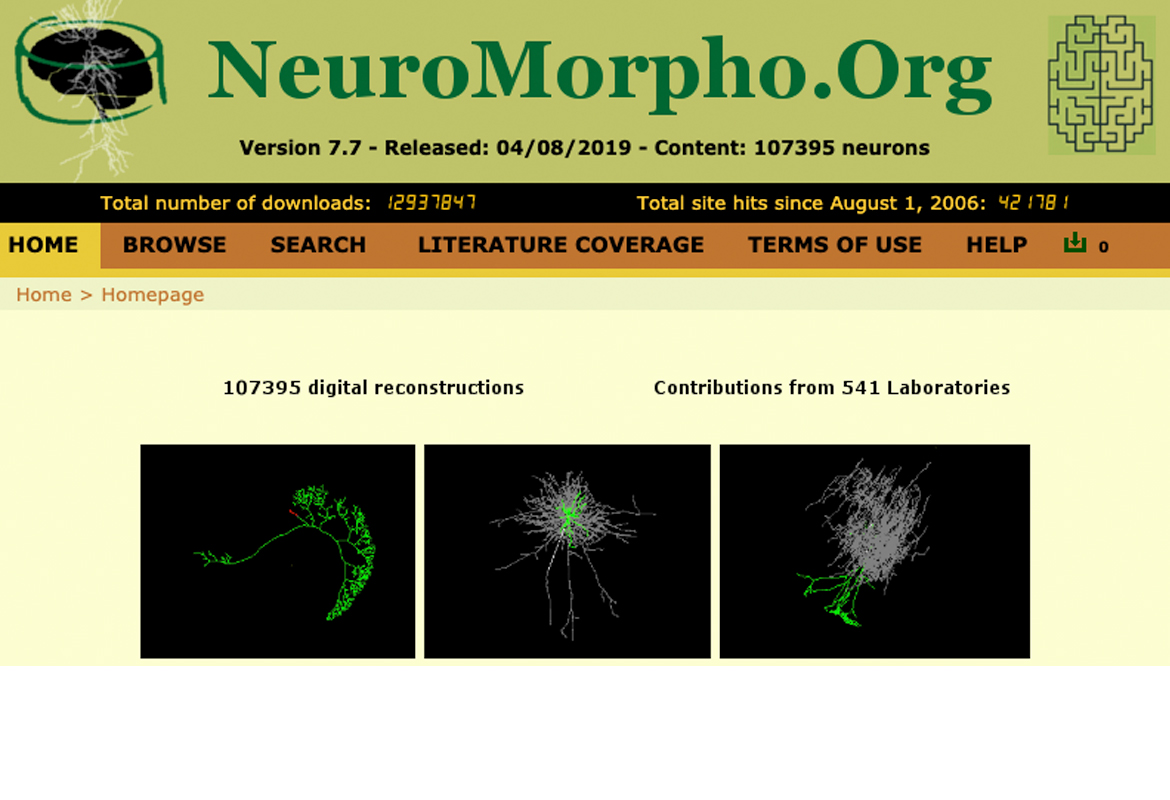 Version 7.6 of NeuroMorpho.Org, which passed the landmark milestone of 100,000 publicly shared digital reconstructions, was released on November 27. The project launched in 2006 with 1000 neurons. An impressive 80% of the published data were shared in 2018 (compared to 10% at inception). For the first time, more than half of all the digital reconstructions of neuronal and glial morphology ever described in the scientific literature are now freely available online.