INCF was founded in 2005 after a recommendation by OECD, as an international non-profit organization devoted to advancing the field of neuroinformatics. Eight countries were founding members: Sweden, Norway, Finland, Germany, France, Switzerland, US, and Czechoslovakia. Japan joined later the same year, followed by Belgium in 2006 and Netherlands, Italy, UK and Poland in 2007. India joined in 2008, Korea in 2010, Australia in 2013, Malaysia in 2015 and Canada in 2017. Eventually, the INCF network had 18 member countries divided over four continents.

Each country supported a National Node: a host institution or network that coordinated neuroinformatics activity within its country and served as a link to the Secretariat. Nodes also played an active role in formulating and implementing INCF’ scientific programs. 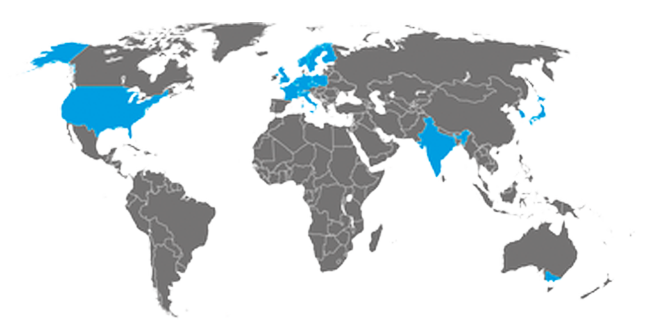 The Multiscale Modelling Program (MSM) aimed to improve interoperability and reproducibility of neural simulations, by building tools for coordinating multi-scale simulations as well as for describing networks and connections.

The Program for Ontologies of Neural Structures (PONS) aimed to establish consistent naming and classification for all neural structures. In close association with the INCF Programs on Digital Brain Atlasing and Standards for Datasharing, the Program on Ontologies of Neural Structures worked to establish a structured lexicon of terms describing neural structures and their relationships at multiple levels of granularity. One of the PONS task forces developed the pilot version of KnowledgeSpace.

The Digital Brain Atlasing Program (DBA) aimed to coordinate and improve the impact of atlasing projects, with a focus on the rodent brain. It developed a standardized coordinate system for brain atlases (the Waxholm Space) to enable transformation between different atlases and datasets, and supporting infrastructure for brain atlas interoperability.

The fourth program, the Program on Standards for Data Sharing (DASH), aimed to develop generic metadata and data standards for reproducible (neuroscience) research in order to facilitate the recording, sharing, reporting, and use of metadata in neuroscience. The program formed two Task Forces focused on barriers to the sharing of data in their field: the Electrophysiology Task Force and the Neuroimaging Task Force. Both task forces were central to the development of a corresponding data standard for their modality: the Neuroimaging Task Force contributed to the development of the Brain Imaging Data Structure (BIDS) standard for neuroimaging data, and specifications developed by the Electrophysiology Task Force served as a reference for the design of the Neurodata Without Borders (NWB) standard for electrophysiology data. 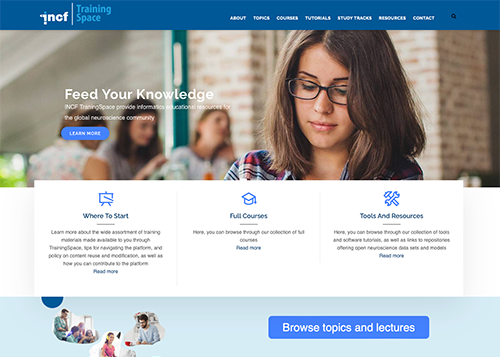