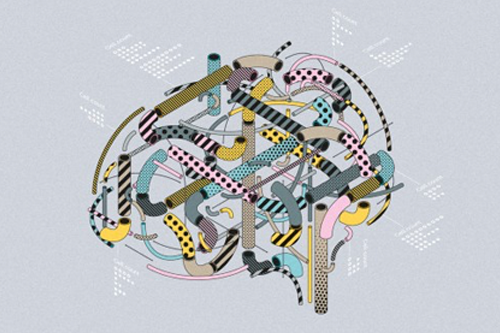 An ultra detailed map of the motor cortex, from mice to monkeys to humans

One of the BRAIN Initiative’s strongest priorities has been to find out how many types of cells there are in different kinds of brains (mouse, human, primate), and where they are located. Therefore, the initiative launched  a mapping project called BICCN - the BRAIN Initiative Cell Census Network.

An initial effort has now been made by the BICCN network to make the most comprehensive and detailed map ever of any brain area; a map of the motor cortex and the cells it contains. More than 250 persons at more than 45 institutions across 3 continents have studied the area using an array of complementary methods.  The resulting 17 papers are now being simultaneously published in Nature. The data described in and forming the basis of the papers spans multiple species, modalities, and techniques.

The overarching goals of the BICCN is to generate comprehensive 3D common reference brain cell atlases that will integrate molecular, anatomical, and functional data for describing cell types in mouse, human, and non-human primate brains:

The current effort collected datasets from mouse, marmoset and human in order to identify cell classes that were conserved across the mammalian species, as well as divergent subtypes. Multimodal neuronal data was collected using a method that allows comparison of morpho-electric phenotypes with transcriptional data between cells, and provides a means to compare potentially related cell types across species. Sophisticated cell targeting methods were used to map pyramidal neurons of different varieties.

Identifying and defining cell types
By combining and analysing single-cell-derived transcriptional and epigenomic data, the researchers defined a unified population of cortical cell types in the mammalian motor cortex, with more than 50 identified neuronal subtypes.

Comparative analysis across species
Similar combinatorial and integrative analyses in mouse, marmoset and human revealed significant differences in the number of neuronal types in motor cortex. Forty-five transcriptomic types were conserved across all three species, with the most conservation amongst GABAergic neurons.

Generating a motor cortex wiring diagram
A cellular-resolution input–output wiring diagram was established using a variety of methods, including classic tracers, viral labelling and brain-wide imaging. It shows that projections from motor cortex neurons do not seem to follow a simple pattern. Instead, multiple inputs are received and multiple regions are targeted by each cell type.

Each BICCN project contributes publicly accessible data, and a LOT of it. All data that meet established quality control standards are made publicly available through appropriate data archives; transcriptomic and epigenomic data is available through the Neuroscience Multi-Omic (NeMo) Archive, image modality datasets are available through the Brain Image Library (BIL) and neurophysiology data will be available at DANDI: Distributed Archives for Neurophysiology Data Integration. As of 28 September 2021, the Neuroscience Multi-Omic (NeMO) archive alone contains 850,292 BICCN files with molecular data - a whopping 241.3 Tb - deposited for public consumption. Users have already downloaded nearly twice that amount of data, 478.3 Tb, from the archive.